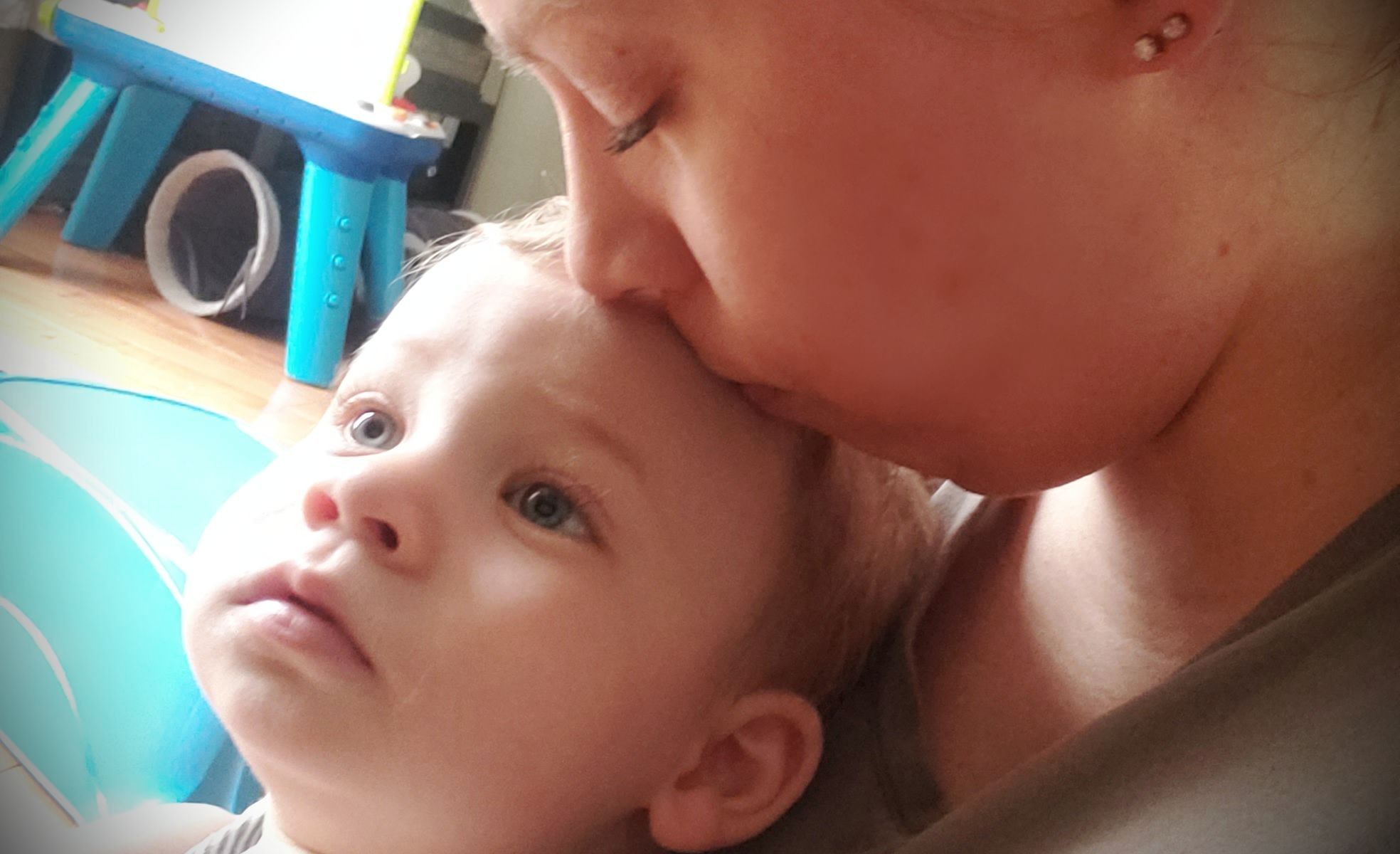 With COVID, you try to limit your exposure as much as possible. Who would have thought a side rib pain would turn someone’s life upside down. Well…it did for me.

I have been dealing with some pain on my side rib cage for a while and recently I have noticed a little lump. First, I didn’t think a lot of it, but since the pain wouldn’t go away and we wanted to make sure my body was able to cope for another pregnancy, I went to see the doctor and he ordered an x-ray. They saw that lump in question, but they saw something else in my lung too.

The doctor told me not to worry, that this could be just a glitch in the X-ray, but he ordered a CT scan just to be prudent.

A week later, still no CT scan appointment. Although my doctor told me not to worry, something was telling me something was wrong…

The whole week was nerve racking. I had some burning pain in my chest area, which I had before, but since I knew there was a possibility there was something else, I was worried and went to the emergency.

My vitals and blood work were all fine. The doctor on duty saw I was scared. He pushed to have that CT scan done. The next day, I got the call to go get that test done. A few hours later… I received the bad news. They told me I had lung cancer.

It’s like the sky fell over my head, I huge pile of bricks. At that moment, my life turned upside-down…

I went for another CT scan. The thoracic surgeon told me that the first scan was only a screening CT scan. That mean, they gave me a diagnosis too quick. That made me feel a bit hopeful that they might have made a mistake.

I went for a biopsy to confirm what I really have. I was still hopeful that it wasn’t too serious and that I would be fine.

The wait was nerve racking. The day has come for the result…

It doesn’t look good was is word. Not what I wanted to hear.

They were partly wrong. My world crumbled into pieces once more… They were right about cancer, but not lung cancer.

I have Thymic carcinoma. The worst type of thymus cancer. It has spread to the lung pleura. That’s the only thing I learned that day. I don’t know what are my chances at this point. Two different oncologist are supposed to call me soon.

Today, I received the call from a radiation oncologist. At this point, radiation isn’t the first step. Chemotherapy is the way to go. Let just say that I am scared to death of what’s next. Is it curable? They can’t say. How much time do I have left? They don’t know. The only positive is that it is not bulky.

A friend of mine, who used to be my boss, contacted me. He and his wife did some research when they learned that I had cancer and was able to have a contact at the Princess Margaret hospital. This hospital is the 5th most rated hospital in the world for cancer research. I feel so grateful to have them as friends.

Things hay not been moving very fast so far. I am scared shitless and I need to have everything on my side right now. Cancer don’t take breaks.

I had my first appointment with my oncologist today. At first, it was supposed to be a consult, but ended up to be a pre-treatment appointment. The plan is to have chemotherapy every 3 weeks for a total of 6 with the possibility of surgery if the treatment respond well.

My cancer being rare, they don’t know how everything will go. This is scary. When you are sick, you want definite answers. They don’t have answers for me. The only thing for sure in all this is that I will be losing my hair.

Today was my first chemotherapy treatment. For some reason, I am relieved and also scared. Relieved because things are moving forward, but scared because I don’t know if it will work and I don’t know how I will react to the treatment. From today, I am moving into the unknown.

I received a call from the doctor at Princess Margaret hospital tonight. The treatment my oncologist is giving me is one of the best. For now it’s the way to go. He also referred me to a surgeon that possibly can operate, but he also mentioned that it’s only if the cancer shrinks enough. They don’t want me to have my hopes too high, but knowing that it is a possibility, it gives me something to move forward to. I just need to keep it realistic and know that it’s not a for sure, but a maybe.

My advise to you

Something I have learned and it will be my biggest advice to you all. If you have a minor pain or if you have anything that bothers you, don’t tough it out. I know with COVID you don’t want to go, but if in doubt, go get yourself checked. My cancer has been found by mistake. If I didn’t go, I could be in a worst situation. Unluckily, my cancer is advanced, I don’t know how long I’ve had it. Just be safer than sorry.

← Daycare in Covid Times: A Challenge
Life reflection: going back in time →

4 Comments on “My life suddenly turned upside-down… The diagnosis journey.”